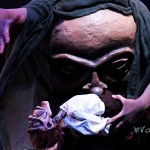 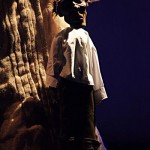 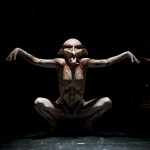 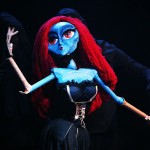 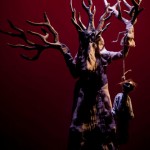 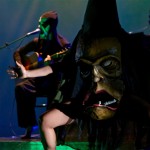 Dirty Granny Tales was formed in Athens, Greece, in 2005.

The ambitious project started off when the composer and animation creator Stavros Mitropoulos was inspired to create a musical and theatrical spectacle, in which musicians, dancers, puppets and animation would coexist on the stage, provoking a dark expressionistic sensation to the audience. The company consists of five musicians, dancers and puppet players and made its debut in Athens in 2006 with a performance titled “Inversed World”. The experiment was successful; audiences were captivated and press and critics were impressed.

In 2008 the album “Inversed World” was released and sold out in no time.

In 2009 they performed their new show “Didi’s Son” and in 2010 their new homonymous album and DVD “Didi’s Son” came out. In the same year they started presenting the third part of the trilogy “Jealous”, the story of “Didi’s Son” from a different point of view. In 2011, “Rejection”, a grand production show, was presented in large theater halls and received dithyrambic reviews.